Nu, So How Did Spritzer Get Hold Of The Camp?

Following is a history on Machne Menachem (“The Corp.) and an abbreviated version of the court cases, and proceedings which lead to the current claim.

After Mr. Conway’s appointment as trustee in 2006 he neglected his responsibilities as a trustee for Machne Menachem (“The Corp.”). In place of working with the Corp. for the good of the Corp., Mr. Conway worked against the Corp. and refused to meet with the Board of Directors (“The Board”). He also submitted several motions against the Board of Directors which were rejected by the Court.

On May 6, 1997, the plaintiffs, a not-for-profit Corporation and Yaakov Spritzer, filed a complaint against seven named defendants consisting of 167 paragraphs extending over 50 pages and asserting eleven claims as follows:

This went on for several years until the judge dismissed the suit and had this to say in the verdict:

“To characterize the complaint as prolix, replete with hearsay and irrelevancies, would be charitable”. 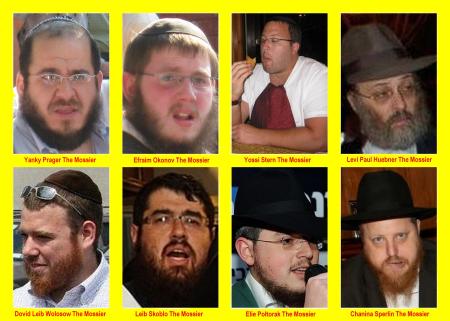 (Have in mind, the above is not even getting in to the criminal Case, that’s a different story, perhaps for another day).
Some Background:
Following the incident at 749 Eastern Parkway where Shomrim members were ambushed and gang assaulted, the Tzfatim went to the police and filed false and trumped up charges against 6 members of Shomrim and had them arrested by the police.

END_OF_DOCUMENT_TOKEN_TO_BE_REPLACED

First Of Many To Come: Lies And Deceit

“The conclusion that is compelled by his testimony is that the affairs of the Corporation were conducted by Spritzer as though it was his personal fiefdom with occasional allusions to board approval at meetings which are nowhere documented and by resolutions which were adopted and action taken only because Spritzer divines that they were”.
(Judge Glasser Final Ruling Against Yaakov Spritzer)

Funny how things ended up. Even the Rightful (majority) directors and owners could not work and get paid in their own camp. Except of course for Spritzer and his family.