Although Spritzer continuously claims that he has and always had the publics best interest in his handling of the camp, many things prove this to simply not be true.

The following is one of the original directors account of how he chanced upon an attempt by Spritzer to simply sell the grounds so that he can ‘take the money and run’.

For those trying to convince themselves that Spritzer “cares for the children and only with Spritzer we had a camp etc…”, here is the proof that this has nothing to do with you or your children, Spritzer cares only for himself. 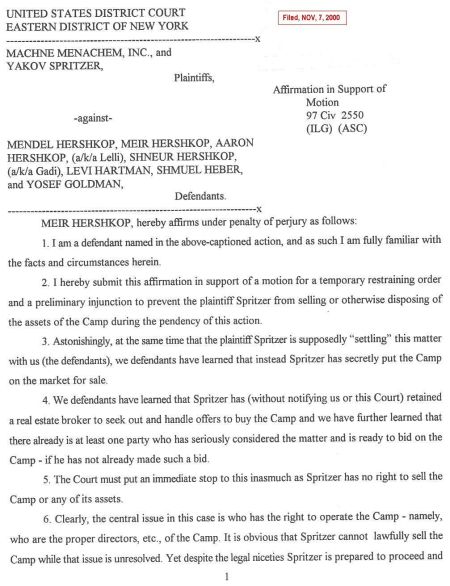 The Judges Order, stopping the Selling 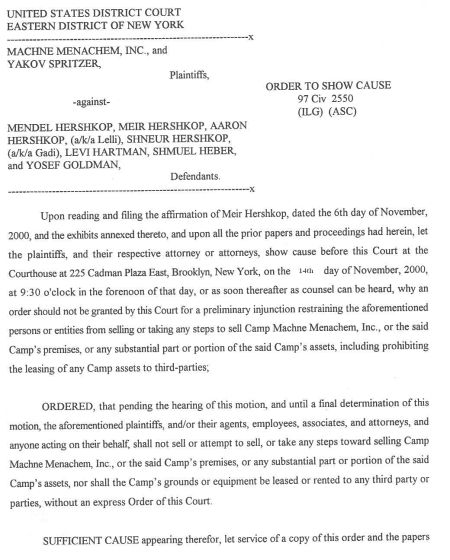 This entry was posted on Sunday, March 22nd, 2009 at 8:27 pm and is filed under Court. You can follow any responses to this entry through the RSS 2.0 feed. You can leave a response, or trackback from your own site.

One Response to Stopping Spritzer from selling the camp grounds.